Cetacean researchers often analyze signals up to around 180 kHz. Medical scientists, on the other hand, may work in a frequency band that is an order of magnitude larger, spanning several MHz. Yet, both groups would consider their equipment to be “broadband”. 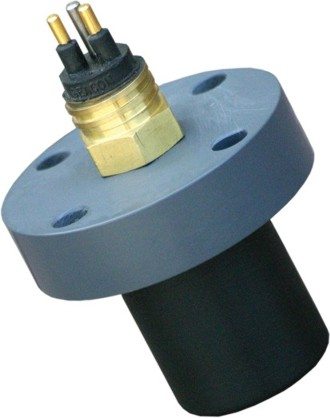 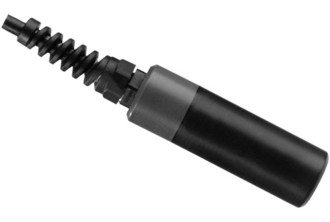 Most piezoelectric products are resonant devices. They are most efficient in the region around their resonant frequency. This is especially important in transmitting applications, where maximum output level tends to be the objective. However, these resonant devices have a limited usable bandwidth.

Hydrophones, however, are an exception. (There are others.) Their usable band includes the area around their resonance point as well as the entire region below it. So, the higher the frequency of the hydrophone sensor, the broader the bandwidth of the hydrophone. A more detailed review of the subject can be found here.

The smaller the piezoelectric ceramic sensor, the higher it’s resonant frequency. Hydrophones are used below resonance so, the higher the resonance frequency, the wider the usable band of the hydrophone. That is, using a smaller ceramic yields a broader bandwidth.

However, the smaller the ceramic, the less sensitive it is. The trade-off is unavoidable. Broadband hydrophones often require a preamplifier to boost their small output signal.

The introduction of a preamp does not address the other half of the problem: noise. Smaller ceramics have a smaller signal-to-noise ratio. The use of a preamp improves sensitivity but it also boosts noise along with the signal. So, the wider the bandwidth of a hydrophone, the more significant the noise problem becomes.

From a construction perspective, smaller piezoelectric sensors are less tolerant of misalignment, inaccurate soldering and poor assembly in general.  Broadband hydrophones can be difficult to build.

Sensor Technology Ltd. produces broadband hydrophones in a range of bandwidths, sensitivities, depth ratings and beam patterns (including some spherical models). Some existing broadband hydrophone designs are detailed here. Contact us to discuss your specific requirements.