CEO in a Pandemic 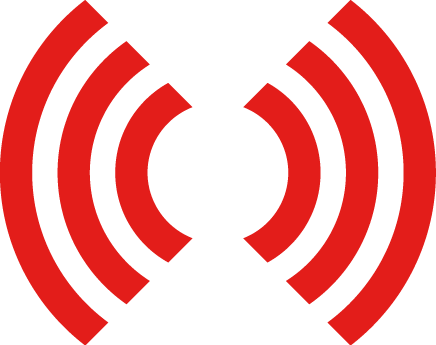 I remember boarding a flight from Toronto to Halifax as North America began to shut down. I ran into a client and friend at YYZ who was shocked to know that I was leaving my family behind to make the 2000 km trip to our newest facility. The airport was a mess of panicked travellers, many of which were coming in from far off destinations trying to get home before everything shut down. And here I was, electing to travel because I knew that the company needed it.

I remember those first few weeks of the pandemic like they were yesterday. I remember the long days that consisted of work that was completely foreign to me. I began writing policies to balance keeping our employees safe but at the same time keeping our manufacturing going. March 2020, as the pandemic hit, was our best month of sales in 3 years and much of our shipments were coming out of our Atlantic Canadian facilities. Those initial weeks of keeping everyone sane, safe, and productive constituted a whole new set of challenges I hadn’t faced yet in my career.

I would come home after a 12-hour day, pick up some local beer, and watch senseless TV to numb myself from the stress. While my life is quite different from others, I’m pretty sure in those moments it was also very similar. I drank too much those early days, I spent too many nights sleeping on my couch because it was easier than walking the 25ft to my bedroom. And so my job of running a business through a global pandemic began.

I spent a lot of time early on trying to understand how everyone else was being affected: our clients (do they still want their orders?); our suppliers (can they still ship us parts for production?); our employees (do they feel safe enough to come into work tomorrow?). Over the next 18 months I continued to travel between our two provinces. For anyone that is not familiar – Nova Scotia has remained one of the safest places on the planet during the pandemic with restrictions that were quite different than other parts of the country, including Ontario. Due to a work-related exemption for contracts, we had at the time, I was able to travel. There were some conditions, though, the most important of which detailed where I could and couldn’t go while staying in Nova Scotia.

I started to ask myself why? Why, despite the isolation of life, and the stress and risk of travel, did I continue to get on a plane every week to go east <-> west?. Upon reflection, it soon became crystal clear that if our newest facility was going to stay open and manufacturing product (it had only been
open for 18 months at that point) that my presence would be necessary. I was the only person in the company granted a formal travel exemption, so all the intracompany travel that had been planned for the pandemic years was halted. I did what I could to transfer knowledge, processes, and culture on my own. One of my biggest lessons from that time was that I wasn’t qualified to do all of what I was doing. We have an amazing team of people that are skilled in different areas and I was trying to be everything to everyone, which caused a lot of growing pains.

Even with those growing pains, we still had some wins. Our growth and presence in Atlantic Canada was starting to get noticed. Knowing my why was critical in continuing to push forward with our plans for growth. Having a team in Ontario that was as solid as a rock allowed me to focus my efforts in Nova Scotia – a luxury that I know not many CEO’s have.

Rolling with the COVID punches has become my new normal. It’s added some grey hair and a few pounds – but it’s also made me a far more resilient CEO.